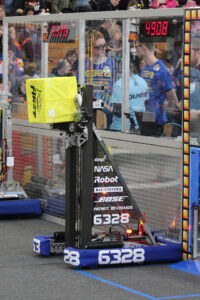 After the FRC competition season, 6328 started a summer FLL training program to give middle school students experience with what an FLL team is like. 6328 then ran coached and mentored three FLL teams in Littleton for the 2017 season, with FRC mentors and students running all meetings and directly mentoring all FLL teams.

Here are some photos from our 2018 season.